Contact of Mercer County was one of a number of Contact centers that opened across the United States in the 1970’s. By May 1976, the pastors and a core group of volunteers had set up and staffed its confidential phone room with people who were trained to listen to callers and to help them get help when necessary. The hotline went live that month, and has been in operation ever since. Eleanor Letcher was among those who volunteered to help with the hotline after its launch. The Ewing resident took to the work immediately — and so much so that she became the organization’s executive director in 1980. 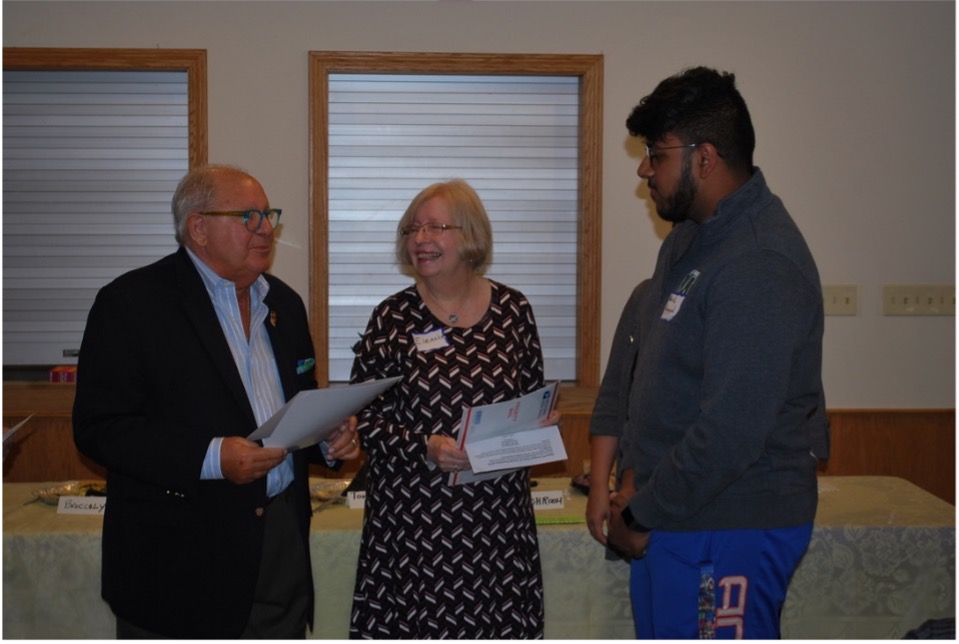 For more than 44 years, Contact of Mercer has been there for those who are in emotional turmoil, thinking about suicide, experiencing loneliness, or facing the challenges of mental illness,” said Pasquale Colavita, Jr., president of Contact’s board of directors, in a media release. “Our organization is vital to those in need of support and reassurance, and the gala is vitally important to us because the money we raise enables us the opportunity to assist even more individuals who are in crisis.”

Eleanor Letcher has lived in Ewing since 1968. She married her husband, David, about a week after she earned her bachelor’s degree from Rutgers University’s Douglass College.

They lived in Nebraska for two years and Ithaca, New York for three more before settling in Ewing when David got a job as a professor at Trenton State College. He taught a number of things over the years, most recently statistics, before retiring a few years ago.

Letcher, who has a masters in education from The College of New Jersey, was a mother of four when she became Contact’s executive director in 1980. “I thought, ‘Well, this will be good, I will get out of the house.’ And now my poor little girls are 40 years older,” she jokes.

Contact can trace its origins back to Australia in 1963. There Alan Walker, a Methodist minister and an influential theologian of the 20th century, founded an organization called Lifeline after a young man he had been counseling had died by suicide.

“This was in the 60’s. Hotlines were springing up in different places around the world, for different reasons,” Letcher says. “Pastor Alan Walker decided there should be a place where people could call and talk to somebody in a nonjudgmental way, and it should be available 24 hours a day.”

The idea was to start a hotline with volunteers who would be trained in the skill of active listening. These volunteers would also be trained to know when and how to refer callers to professional counselors who could provide further assistance.

Lifeline was a success, and new programs soon spread to New Zealand and then South Africa. In 1965, a Methodist minister named John Brand began a similar program in Dallas. The name was changed from Lifeline to Contact in the U.S. because a different organization was already using the name Lifeline.

Contact Dallas started taking calls on its helpline in 1967. By the end of the decade, five more Contact centers were operating in communities across the U.S., and dozens more were in the planning stages. A national organization called Contact USA was formed to help coordinate the many new centers that had sprung up around the country.

Contact of Mercer turned on the phones in its call center in 1976, with volunteers providing services 24 hours a day, 7 days a week. To this day, locally trained resident volunteers listen and chat with individuals who are in distress, suicidal crisis, or in need of emotional support.

While services are no longer provided locally on a 24-hour basis, callers can still be sure to reach someone any time of the day or night. Services are anonymous and confidential.

“We’re the listeners,” Letcher says. “We’re the quiet folks who listen to people who call with problems. We make a big impact, but quietly.”

Earlier this year, Contact USA changed its name to the International Council for Helplines. ICH continues to provide support and accreditation for crisis centers. Eleanor Letcher is a member of the ICH board.

An affiliation with the national Suicide Prevention Hotline also means that Contact of Mercer volunteers take calls to that hotline.

To make it successfully through Contact training, a volunteer must commit to becoming a good listener.

Hopewell resident and retired nurse Julie Grossman is a six-year volunteer and board member with Contact of Mercer County.

Julie Grossman is a Contact of Mercer board member who joined the organization six years ago. She had recently retired from a career in nursing, and wanted to find some volunteer work that would “feed her soul.” She found Contact by googling “volunteer opportunities near me.” 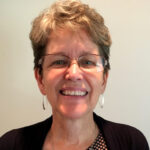 “I got, I think, 484 responses or something, and I started to read through them and four stood out to me, one of them being Contact,” Grossman says. “I liked the idea of learning to listen better, because I feel that’s really important. I kind of wish I had listened better when I was a nurse.”

Grossman and her husband Scott, a consultant who has worked for a number of major pharmaceutical companies in drug development, are natives of Wisconsin. They lived in a number of places before settling in Hopewell, where they still live. They have two adult children, Dan and Kelly.

She says picking up these new listening skills was difficult — at first.

“As a nurse, I want to fix people who come in with a problem, I want to tell them what they need to do. I had to unlearn that natural response inside of me,” she says. “I had to really listen to what the person was saying.”

Grossman says that active listening encourages listeners to let go of their judgmental tendencies. “What the training really did was make me let go of all my feelings and my judgments and my way of thinking, and I found that honestly it was the most rewarding work that I’ve ever done in my life,” she says.

Around 10 years ago, Letcher says, Contact centers across the U.S. started noticing a decline in the number of calls that they received from young people. In response, many started up crisis chat programs (crisischat.org), by which people could communicate with someone by phone or computer. Today, Contact of Mercer volunteers participate in crisis chats as well as telephone hotline calls.

“Our chat visitors can be very young, like 11,” Letcher says. “Probably 70% of our chat visitors are teens or in their early 20’s, although they are getting older because now more people are comfortable chatting or using technology. But at the beginning, almost all the people in the chat program were young.”

In 1978, the organization also began offering another program, a telephone reassurance program. It’s a free daily outreach service for senior citizens who live alone. Anyone 60 and older who lives in Mercer County can sign up for the free service.

The program is staffed by a separate group of volunteers from the hotline and crisis chat staff. Letcher says Contact volunteers currently call about 35 people every day, although they have the resources to call even more.

The calls are typically general well-being checks, although sometimes volunteers are able to determine that a client in the reassurance program is in distress. Over the years, volunteers have identified clients who have fallen or who have had a medical emergency, and have been able to get those people the help that they need.

“Our volunteers have one or two clients, and they call them every day at the same time,” Letcher says. “It’s a few minutes of conversation, but it’s also a safety check.”

Letcher estimates that Contact of Mercer has around 200 volunteers — 100 who are active in the hotline and crisis chat programs, 40 or so who volunteers with the reassurance program, and around 50 more who are not as active.

Grossman is one the people training new Contact volunteers. “I train because I believe in it and I find that the people who want to do that, there’s something inside of them that wants to improve the emotional climate in the world,” she says. “Really, we don’t have to agree at all with the person that’s on the other end of the line. All we have to do is hear them. What could be easier? It’s a gift we all have.”

She admits that she was not at all familiar with Contact before she started volunteering with the organization. “When I found out that it had been going on all that time, I was amazed, like, ‘How come I don’t know about this?’” she says.

One way that Contact has gotten the word out about its services is by getting more involved on college campuses, training students to learn how to help other students. In 2015, Contact became a campus club at Princeton University. Last year, the organization established another club at The College Of New Jersey.

Letcher hopes many more colleges get on board in the coming years.

“If we could spread this type of training to other campuses, that would be such a benefit, because the students are so interested, and many of them are going on to medical school or social work or other types of services,” she says. “But in any walk of life, you benefit from active listening and you benefit from learning about mental health. It gives people an opportunity to talk about acceptance and honesty and confidentiality and concern and compassion and connectedness.”

Contact had around 80 people in training on the campuses in the spring, when the coronavirus pandemic led both schools to send students home for the rest of the semester. Eventually they re-established the training program through Zoom, and around half of the students went on to complete their training online.

When it became apparent that campuses were not going to reopen for the fall semester, Contact set things up so that training for college club members would be conducted online from the start. If Letcher was worried that this would negatively affect participation, she need not have been. About 140 people signed up for fall Zoom training at the two schools.

Contact of Mercer has moved its noncampus training online as well. Training is open to anyone 18 years old or older who is out of high school. The next training sessions will begin in January, and prospective volunteers will be able to register online.